Three Things I Learned About Moving to That Chair at the Front of the Room.

Photos from the Friday protest. 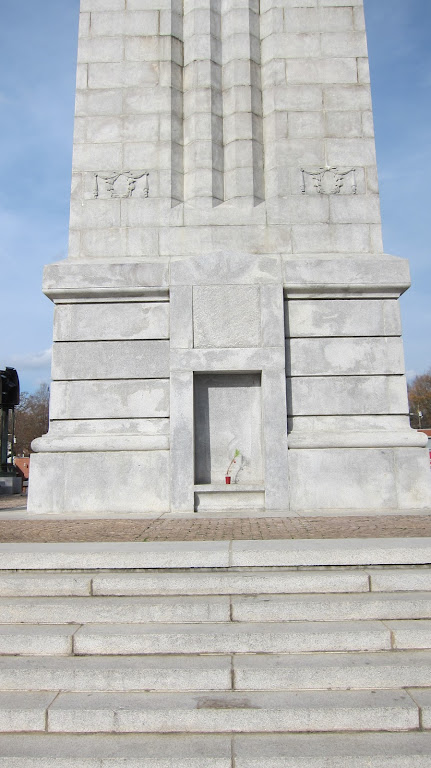 While we appeal the decision by Judge Shannon Joseph to dismiss our case, we can focus on the  broader and more principled issue here, especially for University of North Carolina Officials (UNC System President, the NCSU Chancellor, or their designees).  Do they practice what they teach?  System-wide, The University of North Carolina, of which NCSU is a part, teaches  conservation, sustainability, and ethics.

This implies that she recognized that the heart of the matter is the wisdom, or lack thereof, of selling Hofmann Forest.  She rendered no opinion on whether our allegations are true or not. Her ruling was whether or not we were entitled to halt the sale or force the University to comply with the letter of the law.  However, the broader, more principled issue still stands. It is obvious on reading that the intent of Article XIV, Section 5 of the North Carolina Constitution and the North Carolina Environmental Policy Act (“SEPA”) are to protect and preserve public lands and the environment. Further, the UNC System Policy, derived from and giving guidance on SEPA compliance, also has similar principles.

It should be incumbent on the University Officials, under the intent of the Constitution of this State, the intent of SEPA, and their own Policy regarding SEPA compliance, to do the right thing, the wise thing, and require an Environmental Assessment of this sale.  The UNC System Policy says the UNC System President, the NCSU Chancellor, or their designees, may determine that environmental documents under SEPA are required in any case where one of the exceptions to their own Policy is present.  In this case, numerous exceptions to their own Policy are present and obvious.  The fact that numerous exceptions are present and obvious should create a higher responsibility for the University Officials to carry out the intent and not just the letter of the law, rules, and their own Policies.

Among these exceptions are:

1. The proposed activity could cause significant changes in industrial, commercial, residential, silviculture, or agricultural land-use concentrations or distributions which would be expected to create adverse water quality, air quality, or groundwater impacts, or affect long-term recreational benefits, shellfish, wildlife, or their natural habitats.

We know there are plans for development and conversion to agriculture.  With no deed restrictions, the real estate principle of “highest and best use” will apply.  This will likely result in all of the above adverse impacts on a wide-spread and long-term basis.

2. The proposed activity has indirect effect or is part of cumulative effects not generally covered in the approval process for state action and that may result in a potential risk to human health or the environment.

It is clear that substantial changes on such a large property will have indirect and cumulative effects that need to be studied.  Among them is Environmental Justice.  It appears that this sale, and resulting more intense land use may disproportionately adversely impact low-income and minority populations in the immediate vicinity of Hofmann Forest.

3. The proposed activity is of such an unusual nature or has such widespread implications that an uncommon concern for its environmental effects has been expressed to the University or the constituent institution.

Sale of the largest research forest in the world is of “an unusual nature.” Sale of 80,000 acres, with no significant land use restrictions, impacting three already impaired watersheds has “widespread implications.”   “An uncommon concern for its environmental effects has been expressed to the University…” by students, petitions, editorials, legal action, and more.

4.  The proposed activity may have a potential for significant, adverse, and direct effects on sensitive areas.

There is ample evidence that wetlands, historical and archeological sites, nursery areas, and protected species are present in, around, or downstream of Hofmann Forest. Many may be adversely impacted by more intense land use within the former forest.

University Officials should set an exemplary standard and practice the principles their own Policies advise and their classes teach. The University teaches  conservation, sustainability, and ethics.  University Officials should show their commitment to these core values by their actions and immediately require that an Environmental Assessment be performed for the sale of Hofmann Forest, whether it is required by the letter of the law or not (a point which we have not conceded).

The decision has been made to appeal Judge Shannon R. Joseph’s ruling to dismiss our case.  Obviously, we were disappointed with the dismissal of our case and do not agree with the decision.    However, there is a broader and more principled issue here, especially for University Officials.  Do they practice what they teach?

Clean and Clear Waterways for All!

New to our site? Feel free to look around! If you are Registered, Login below to post Comments. If you are not Registered and would like to Comment, or if you would like to be on our E-mail List, click on "Registering and E-mail List" on the top menu. Thanks!
Purposeful Paddlers, The Waterway Stewards Story
Carolina Canoe Club